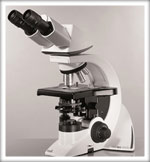 It is Estimated that 90% of Americans are Infected with Parasites.
Do you think that the parasites are somewhere far away and do not concern you?
Certainly not!

How can such a creature live inside our bodies without us even suspecting it?

The answer to this question is simple: the objective of the parasite is to hide their existence. A smart parasite lives unnoticed, because it will be eliminated when seen. If you think parasites are dumb, you're wrong. These are very intelligent creatures. They are clever in their ability to survive and reproduce, which, of course, is the main goal of any organism.
Usually, people that are used to their conditions (e.g. a low level of energy, diseases, rashes, pain, frequent colds, flu and constipation) think it’s normal and will therefore not recognize the presence of parasites in their bodies.

Stool Test for Ova and Parasites

For a parasitology test, called the Ova & Parasite test, our highly trained technicians utilize the most state-of-the-art equipment and procedures (including new staining procedures, and computer-enhanced microscopy) to identify a comprehensive range of parasites such as protozoa, roundworms, tapeworms, flukes.

This test uses a small stool sample (collected in the privacy of your home with a collection kit provided to you by our office) to detect the presence and concentration of the most common parasites currently found in human beings. We will give you a detailed report containing the interpretation of the results and pictures taken during a photo-microscopy. If a parasite infestation is detected, the medical practitioner will discuss with you what each parasite is, how it’s typically transmitted, what physical symptoms are associated with it and recommended treatment options.

Sometimes you can be infected without having symptoms however, there are often signs, including:

The parasite cleansing program is the most effective way for the body to get rid of parasites.
Medical treatment generally just focuses on the elimination of parasites, without addressing the cleansing and healing of the intestines or the restoration of normal intestinal flora. A holistic approach to parasite elimination will facilitate a more complete rejuvenation and healing.

The most effective colon parasite cleanse should include:

In their award-winning documentary, The Body Snatchers, National Geographic reported, "Parasites have killed more humans than all the wars in history."
A Natural Herbal Parasite Cleanse program will
effectively kill and eliminate parasites in the human body.